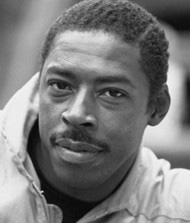 Winston Zeddemore is the fourth member of the Ghostbusters team who joins when their services are in high demand. Although not a scientist, Winston has extensive training in electronic countermeasures, strategic air command, small arms, and holds a black belt in karate. His no-nonsense approach and level-headedness allow him to act as the voice of reason for the group. Though a devout Christian and initially skeptical about the existence of ghosts, Winston soon becomes aware that the recent surge in paranormal activity may be foreshadowing the end of the world. In the original script for Ghostbusters, Winston Zeddemore was intended to be the smartest and most capable of the Ghostbusters, a former Marine with multiple degrees and a Ph.D., making him more suited for the job than the founding three Ghostbusters. However, in the final screenplay none of these qualifications were mentioned. The changes are discussed in detail in the commentary on the DVD of Ghostbusters, the explanation being Winston allowed the technobabble to be put into layman's terms.

Winston Zeddemore's first on-screen appearance was in the movie Ghostbusters, when he applied for a position with the team not long after they were established. Questioned extensively during his application by Janine Melnitz as to whether he believed in a large number of supernatural occurrences and beings (such as UFOs, the Loch Ness Monster and the theory of Atlantis among others), Zeddemore replied, "If there's a steady paycheck in it, I'll believe anything you say." Though Zeddemore had no previous background in paranormal studies and was not initially a firm believer in the existence of the paranormal, he readily accepts the existence of ghosts and the supernatural as he encounters them as a Ghostbuster. However, despite this, he continues to act as an 'everyman' and voice of reason for the team, and when the jailed Ghostbusters seriously propose asking a U.S. federal judge to release them because they must fight an invading god, Zeddemore is the one who reminds the others that they will not be believed.

Zeddemore is a religious man to some extent, saying in a discussion in Ghostbusters that he believes in God and "loves Jesus' style". While driving the Ecto-1 with Ray he voices his thoughts that the sudden spike in ghosts appearances might be a sign of the apocalypse.

After working with him the previous year on Trading Places, Dan Aykroyd originally wanted Eddie Murphy to play the role of Winston Zeddemore. Aware of his comic abilities, his characterization of Winston would have been in a semi-improvisational style, similar to Bill Murray's performance as Peter Venkman. Murphy was too busy shooting Beverly Hills Cop to commit.

Five years after the defeat of Gozer and the disbandment of the Ghostbusters, Winston and Ray are forced to work children's birthday parties (in full uniform and gear) in order to make ends meet. However, with the the river of slime flowing underneath New York and the resurgence in paranormal activity, Winston rejoins his comrades in cleaning up the city's ghosts and ultimately saving the world from Vigo the Carpathian. 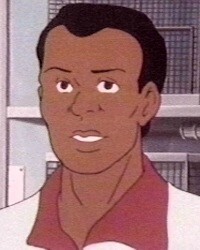 "Sometimes, between the four of us, I don't think we have the brains God gave a doorknob."

Many details of Zeddemore's personality and character are revealed in episodes of the Real Ghostbusters. The episode "Cry Uncle" clarifies that, in the show's continuity, Winston has no doctorate; he also informs Egon's skeptical Uncle Cyrus that, prior to becoming a Ghostbuster, he too doubted the existence of ghosts. In "Mr. Sandman, Dream Me a Dream," Winston states that, unlike his three colleagues, he is not a scientist, causing him to doubt his ability to resolve a crisis when the Sandman traps the others within their own dreams, but with encouragement from a dream-version of Albert Einstein, he meets the challenge and wins the day. "The Ghostbusters in Paris" reveals that Winston was once a construction worker prior to joining the Ghostbusters. This idea seems to be further reinforced in the episode "The Brooklyn Triangle", when the Ghostbusters respond to a construction site headed by his father; this would indicate that it might have been a family business, until Winston decided to join the Ghostbusters. In the episode "Devil To Pay", Zeddemore mentions having a girlfriend, though she is never seen on screen during the series. In "Night Game", he is shown to love baseball, and his favorite team is the Jaguars. In several other episodes it is shown that Zeddemore loves mystery novels and detective stories, and in "Boodunnit" he is the one who solves the mystery novel left behind by a deceased mystery writer similar to Agatha Christie, allowing her soul to rest. In "Doctor, Doctor" it is revealed that Zeddemore also likes classical literature, including the works of Herman Melville and Charles Dickens. He is also a fan of The Alan Parsons Project. "The Brooklyn Triangle" introduces Winston's father, Ed, who works in construction. Their relationship is shown to have been strained because of Winston choosing to be a Ghostbuster, but they reconcile by the end of the episode. Finally, in the episode "The Moaning Stones", Zeddemore is revealed to be the reincarnation of Shima Buku, a shaman at war with an immortal demon known only as the Undying One.

Winston only appears in the two-part series finale. After the closing down of the Ghostbusters, Winston moved to Montana, near his sister, and got his pilot's license, being the first and only Ghostbuster to be a certified pilot.

Winston: Ray, when someone asks you if you're a god, you say "YES"!

Winston: No offense, guys, but I've gotta get my own lawyer.

Winston: Ah, if there's a steady paycheck in it, I'll believe anything you say.

Winston: Ray, has it ever occurred to you that maybe the reason we've been so busy lately is 'cause the dead HAVE been rising from the grave?

Winston: Since I joined these men, I've seen shit that'll turn you white.

Winston: I love this town!

Winston: This job is definitely *not* worth eleven-five a year!

Winston: It's very potent stuff. We made a toaster dance with it.

Winston: It's always the quiet ones.