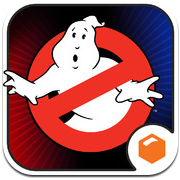 There’s something strange in the neighborhood, and New York City has called YOU to get the ghosts out of The Big Apple. Build your own team of Ghostbusters from the ground up as you bust troublemaking spooks throughout the city. Form your own franchise in a local firehouse and answer ghostbusting calls, research and upgrade your equipment and conduct experiments to unlock better gear and tactics. Lead your elite squad of Ghostbusters through floor after floor of a haunted tower, where a malevolent evil deity has taken over, threatening to release negative psycho-kinetic energy into the streets of New York. Conquer each floor by battling the floor boss and capturing any resident ghosts. Spooks ‘n’ spirits best beware... it’s time to bust some ghostly behind!

To enhance and speed up gameplay, you can make purchases in the game using real money. These purchases are for items that you would normally collect during the process of gameplay and can be redeemed to aid you in the game. By making a purchase, it is easier to play the game and get through to the harder levels faster.