The Iona shoe polisher has long been known as the PKE Meter's shell. The shoe polisher was released by Sears in the early 70's and came in several colors (red, green, white, black, and gold). The original PKE was converted from a green shoe polisher. Finding an original Shoe Polisher can be difficult and costly in most cases. Many people make and offer resin cast versions for PKE building. The above Iona Pictures by Exoray.

Pictured below is a red Iona Polisher in comparison to the Mattel PKE Meter. A polisher in the box with accessories. Below is a black Iona polisher released under the Sears & Roebuck brand. 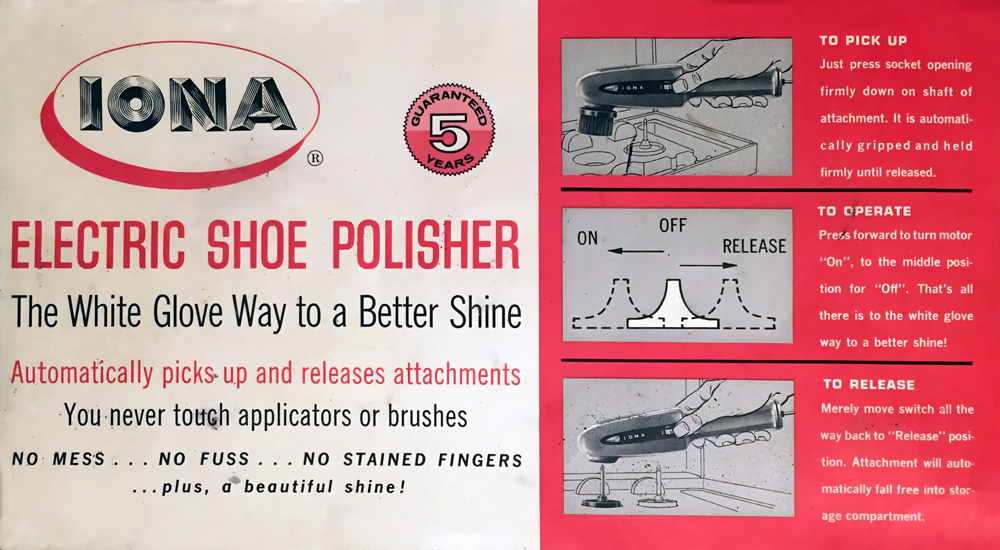